The Stair Society is named after Scotland’s greatest jurist, James Dalrymple, 1st Viscount Stair. Stair’s Institutions of the Law of Scotland, first published in 1681, was the foundation of modern Scots law.

He has also given his name to the 26-volume Laws of Scotland: Stair Memorial Encyclopaedia, which was first conceived during the 1981 celebrations of the tercentenary of the Institutions.

Stair was a descendant of the family of Dalrymple of Stair. Stair is a parish in Kyle (mid-Ayrshire), and Stair House, a towerhouse, still stands on the banks of the River Ayr.

James Dalrymple graduated in Arts from Glasgow University in 1637 and was a regent in philosophy there from 1641 to 1647, when he resigned to join the Faculty of Advocates. He was called to the bar in 1648, but seems to have had no other formal education in law. In 1657, during the Cromwellian period, he was appointed as a commissioner for the administration of justice, that is, as one of the judges.

After the restoration of King Charles II in 1660, Dalrymple was named as one of the Lords of the restored Session in 1661, becoming Vice-President to Sir John Gilmour. To judge from the surviving manuscripts, the Institutions had been written and were in circulation amongst the legal profession in the 1660s.

In 1671, Dalrymple became Lord President of the Session, but he resigned this office ten years later after declining to take the Test, an oath required by statute the effect of which was to assert royal supremacy over the church.

The Institutions were published at this difficult time, but the hostile political climate meant that in 1682 Dalrymple had to depart Scotland for Leiden in the Netherlands, where he spent most of the next seven years.

While at Leiden, Dalrymple published Physiologia Nova Experimentalis (1685), a work on natural philosophy or physics rather than law, as well as his Decisions of the Lords of Session (1683 and 1687), the first printed law reports in Scotland.

Dalrymple returned to Scotland following the Glorious Revolution of 1689 and was reappointed Lord President in the same year following the assassination of Sir George Lockhart, who had succeeded him in 1681. He remained the subject of political controversy and in 1690, the year in which he received the title of Viscount of Stair, Lord Glenluce and Stranraer, he published An Apology for Sir James Dalrymple of Stair, President of the Session, by himself.

A second edition of the Institutions appeared in 1693, and in 1695 there was published a further, theological, work attributed to him, A Vindication of the Divine Perfections, illustrating the Glory of God in them by Reason and Revelation, methodically digested into several meditations by a Person of Honour.

Stair died in Edinburgh on 25 November 1695 and is buried in the Kirk of St Giles. 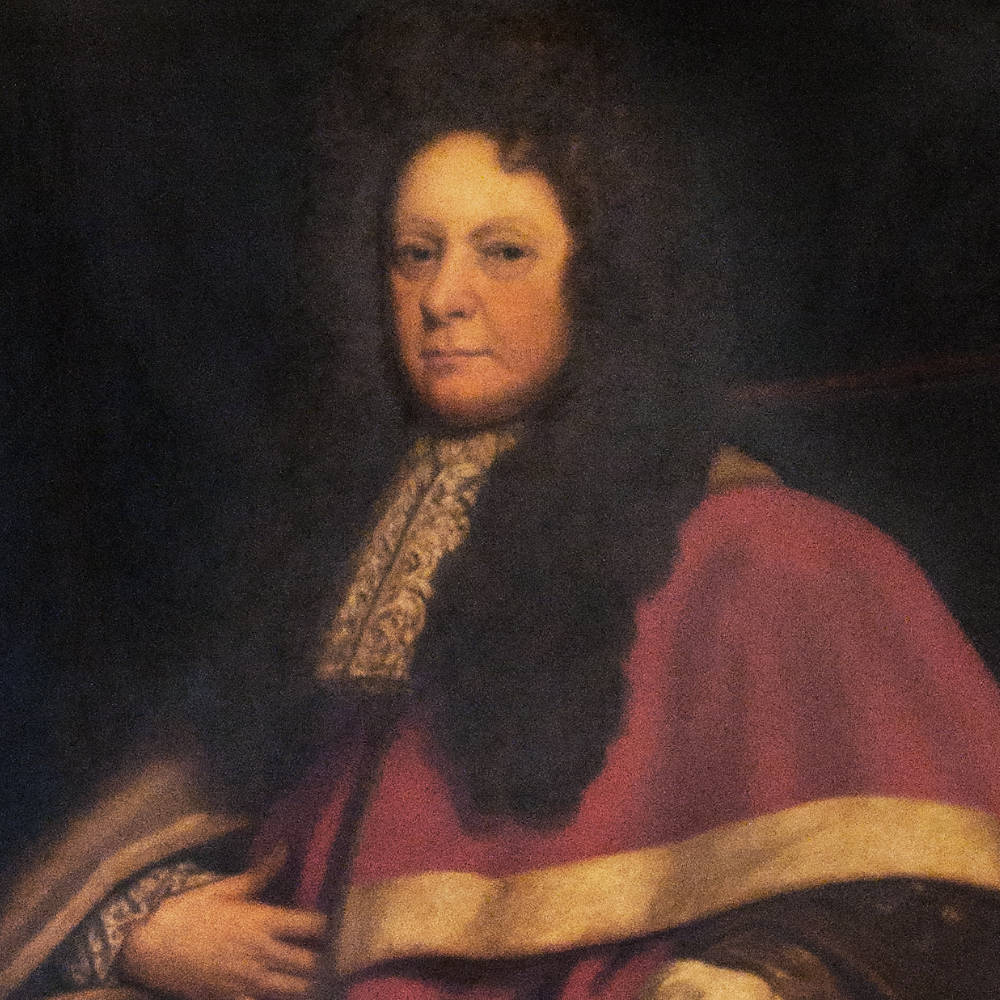 Editions of the Institutions

Membership is open to all with an interest in the history of Scots law, whether based in the UK or abroad – join today »

Follow The Stair Society through our social media channels: